Volkswagen sold almost half as many electric cars as Tesla in 2020. Sean Gallup/Getty Images

Although Tesla’s expensive and strictly in-house developed autonomous driving software has a long way to go to actually achieve self-driving, its German rival Volkswagen is going down the same path to build its own driverless capabilities.

In an interview German newspaper Handelsblatt this week, Volkswagen Group CEO Herbert Diess said the auto giant plans to design and develop its own chips and software for future autonomous vehicles.

“To achieve optimal performance in light of the high demands that exist for cars, software and hardware have to come out of one hand,” Diess told the newspaper, Reuters first reported Friday.

The project will fall under Volkswagen’s software unit Cariad. Volkswagen doesn’t plan to manufacture semiconductors but wants to own patents if possible, Diess added.

Volkswagen is one of Tesla’s largest competitors in the global electric vehicle market. While entering the space much later than Tesla, Volkswagen has been gaining significant traction in the mass EV market in recent years with affordable offerings such as the popular VW ID.3, Audi E-Tron and VW e-Golf.

In 2020, Volkswagen Group sold 231,600 electric vehicles globally, almost half as many as Tesla. Diving into autonomous driving is a natural step for Volkswagen, despite the auto industry’s limited success with the nascent technology.

“I think [self-driving] is one of the hardest technical problems that exists, that’s maybe ever existed,” Tesla CEO Elon Musk said during Tesla’s first-quarter earnings call on Monday. “And really, in order to solve it, we basically need to solve a pretty significant part of artificial intelligence, specifically real-world artificial intelligence.”

With his mind still fixated on the problem by Thursday, the Tesla CEO tweeted, “A major part of real-world AI has to be solved to make unsupervised, generalized full self-driving work, as the entire system is designed for biological neural nets with optical imagers.”

A major part of real-world AI has to be solved to make unsupervised, generalized full self-driving work, as the entire road system is designed for biological neural nets with optical imagers

Volkswagen is also acutely aware of the potential threat from Apple, which is rumored to be working on its own electric autonomous vehicles.

“Apple and Tesla have higher competence in terms of how semiconductors are defined,” Diess told Handelsblatt. 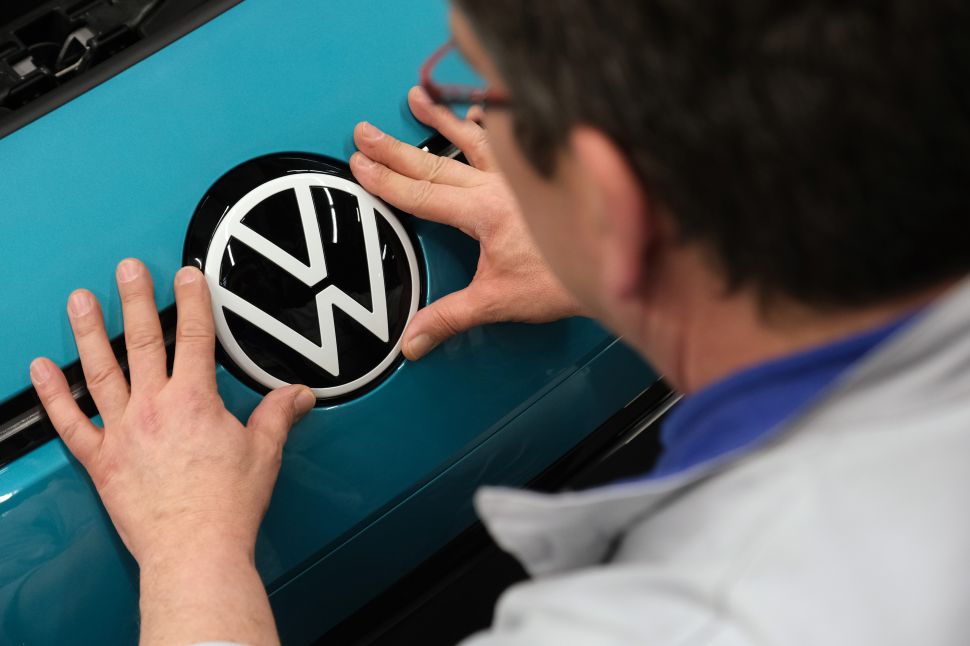