During the pandemic, Dylan Mulvaney started making content on TikTok—videos with animals or of her singing—and her posts regularly amassed a few hundred thousand views. But it was coming out as a transgender woman to her TikTok audience in March that catapulted her followers into the millions.

Mulvaney is a 25-year-old San Diego native—a professional actress and comedian—who lives in West Hollywood, California. After her initial announcement in March, she began a series she dubbed “Days of Girlhood” that cataloged each day during the early stages of her transition. She talked about why she decided against changing her name and her experience with hormone replacement therapy. She shared mostly highs, including on day 54 when she was crowned the “diamond of the season” at The Queen’s Ball: A Bridgerton Experience, a Regency era-themed show that immerses visitors into the world of Netflix’s Bridgerton.

She also shared lows, like on day 71 when an Uber driver made her feel uncomfortable while she rode in his backseat. Daily updates filled with optimism, sensitivity and humor accrued Mulvaney a following of 7.3 million and ad deals with companies such as CeraVe, MAC, Neutrogena, and Kate Spade.

Today is Mulvaney’s 183rd day of being a girl. Since her 100th day, Mulvaney has slowed posting in her “Days of Girlhood” series and continues making other content on a regular basis. Mulvaney’s virality—with some videos at more than 20 million views—is helping advance trans visibility and acceptance in a world where hate and violence against the LGBTQ community still exist.  The Observer’s Rachyl Jones spoke to Mulvaney about her transition and TikTok fame.

How did you get started online?

When the pandemic hit, I was doing the Broadway musical Book of Mormon. I found myself jobless and without the creative means to do what I loved. I downloaded TikTok, assuming it was a kids’ app. Once I came out as a woman, I made this “day one of being a girl” comedic video. And it blew up. I really don’t know another place online like TikTok that can make a creator grow at the rate that it does. Some of these other apps really celebrate perfection and over-editing and flawlessness. I think with TikTok specifically, people love the rawness. They love people just talking to the camera. I try to approach every video like a FaceTime with a friend.

Why did you decide to have such a public transition?

Because I had never seen a trans person start from day one. I was seeing all these incredible trans women, and I was very intimidated because I wanted to be like them but didn’t know how to. I decided to [make the series] for every future trans person and current trans people that need answers. And I also try to approach everything with empathy and comedy. I think that has really set me apart from some of the other trans creators on the app, because I’m trying to show the trans joy and not just the hardships of transitioning.

Your videos went viral pretty quickly, and they’ve reached audiences outside of the LGBTQ community. Why do you think there was such an interest in these “Days of Girlhood” videos?

Because even non-trans people felt like they were a part of the conversation. They felt welcomed into the journey. My content is for everyone. It’s not just for women or trans people or queer people. I want to be the person who brings these stories to the mainstream, because there is still so far to go with mainstream trans visibility. I knew I needed to share my story. I was in a good place emotionally, and I had the skillset with my background as a performer.

I popped off online right before Pride month so a lot of the initial deals were tailored to my queerness and to my transness. For some of these major corporations, I was actually their first trans creator. It’s exciting to make money to support myself since I lost my job, and to have my transition surgeries be covered too.

Can you tell me more about that?

I knew there was an option for me to try to publicly raise those funds through a GoFundMe campaign, but I wanted to hold that space for other trans people on the platform that don’t have the [advertising] opportunities that I have. I made a video saying, “Hey, everyone, I’m going to be doing some ads this month. Just be aware that this is happening. And if you could, you know, support that.” That’s the way I wanted people to support rather than giving me money directly. I was able to raise quite a bit of money. It helped pay for my insurance, which covers my hormones. And it just was a real gift. Because right before I started creating content with “Days of Girlhood,” I thought, “What am I going to do to afford my rent this month?”

How expensive is transitioning?

It’s always going to be expensive when it comes to trying to align to the binary. As much as I call myself a trans woman, I just want to call myself a woman. I want to be seen as a woman. I can’t really speak to transitioning to being a male, but as far as going to the feminine, women’s clothes are more expensive than men’s. Now I’ve got hair products and makeup. And these are all things that don’t define my gender, but they’ve really helped me in my euphoria. When it comes to those procedures, they can be very costly—especially if you don’t want to wait years to jump through insurance hoops, you often are paying out of pocket.

How would your transition have been different if you didn’t have your presence on social media and the money from ads?

Well, it would have taken a lot longer. And it would have been more financially and emotionally taxing. I think about all the trans people that have to wait years to save up those payments. Actually, one of my dreams in life—you know how there’s bridal showers and baby showers? I want to do trans showers for new trans people when they come out. You gift them clothes they’ve always desired and starter kits, or maybe a down payment for a surgery.

What’s next for you?

Oh my gosh, we’ve got a lot in the works. I’m thinking about pitching a talk show and writing books. I definitely am going to continue creating content, maybe not quite on a daily basis. This feels like just the beginning. It feels like I’m creating a lifelong relationship with my followers. 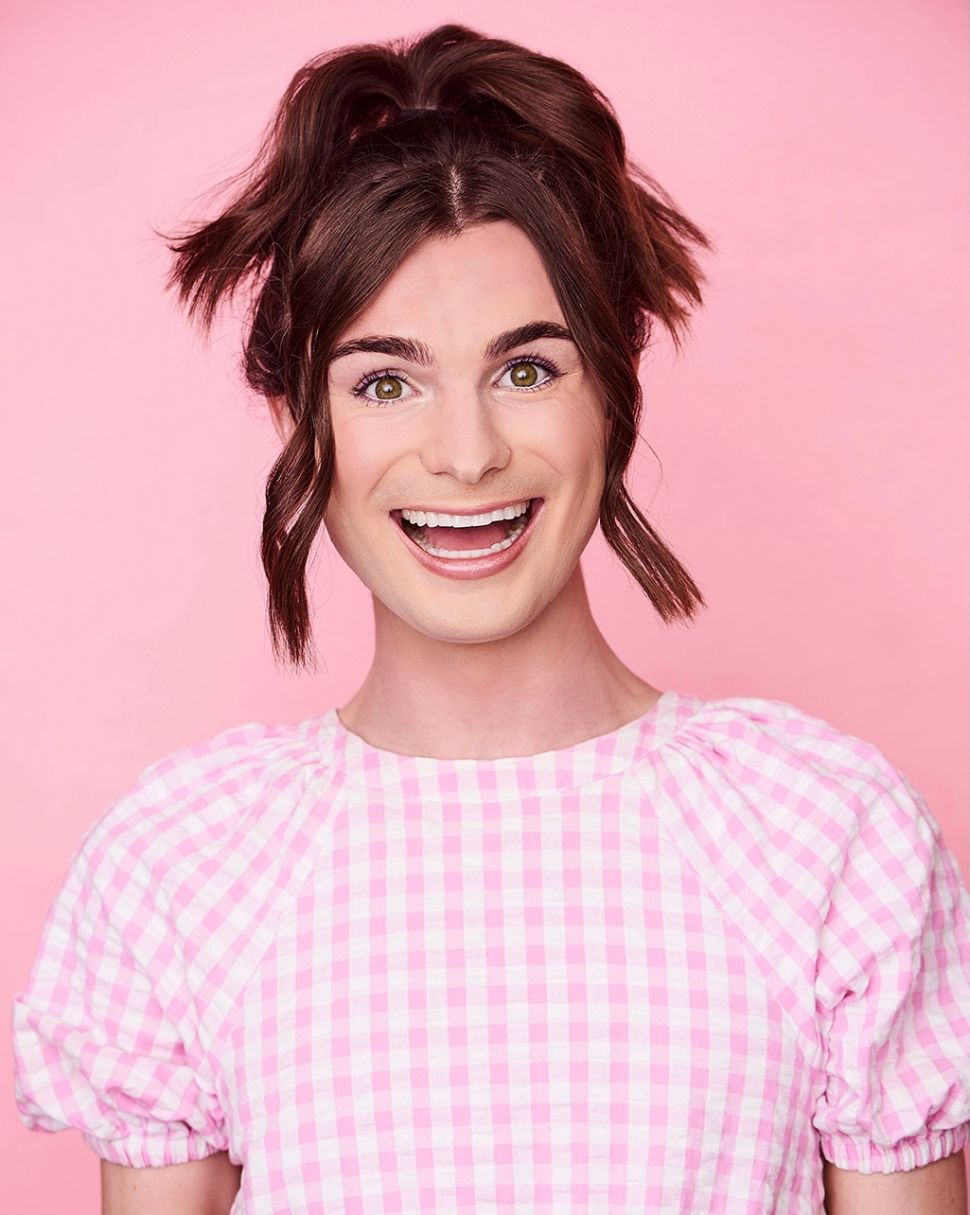