Jeff Bezos and Richard Branson are racing to be the first billionaire in space. Getty Images

The world’s richest man Jeff Bezos said he’s going to space next month on a New Shepard rocket made by his private space company, Blue Origin. The rocket has never been tested with a pilot on board, so Bezos is taking a real risk by offering to be its first passenger.

The trip is scheduled for July 20, two weeks after Bezos is set to step down as Amazon CEO. If all goes according to the plan, Bezos will be the first billionaire space entrepreneur to ride on his own company’s spaceship.

But that could change in the next few weeks.

Shortly after Bezos’s bold announcement, the space news blog Parabolic Arc reported, citing an anonymous source, that Virgin Galactic is working on a test flight for the July 4 weekend to send its founder Richard Branson to space before Bezos.

Virgin Galactic’s VSS Unity SpaceShipTwo rocket plane has been tested with passengers a few times. It completed the latest test flight in May with two pilots on board.

A Virgin Galactic spokesman told the blog, “We expect to complete the final test flights this summer through to early fall. At this time, we have not determined the date of our next flight.”

The Parabolic Arc report noted that the test flight is contingent upon obtaining an operator’s license from the Federal Aviation Administration (FAA). But aviation policy experts say Virgin Galactic could bypass regulatory hurdles by assigning him as a crew member rather than a “spaceflight participant.”

“In my opinion, there is nothing preventing Richard Branson from also flying as a member of the flight crew,” George Nield, a former associate administrator of the FAA, where he led its Office of Commercial Space Transportation, told the New York Post. “He is an employee of the company, and they can assign him whatever duties they want to. That’s not something the FAA gets involved in. That’s up to the company.”

Blue Origin and Virgin Galactic offer a very similar “space vacation” package that includes a short flight to and from the edge of Earth’s atmosphere, where passengers can enjoy a panoramic view of Earth’s curvature and a few minutes of weightlessness during descent.

Bezos will be flying with his younger brother, Mark Bezos, and the winner of an ongoing auction for a seat on the flight. The auction ends on Saturday, June 12. The highest bid has reached $4 million at press time. 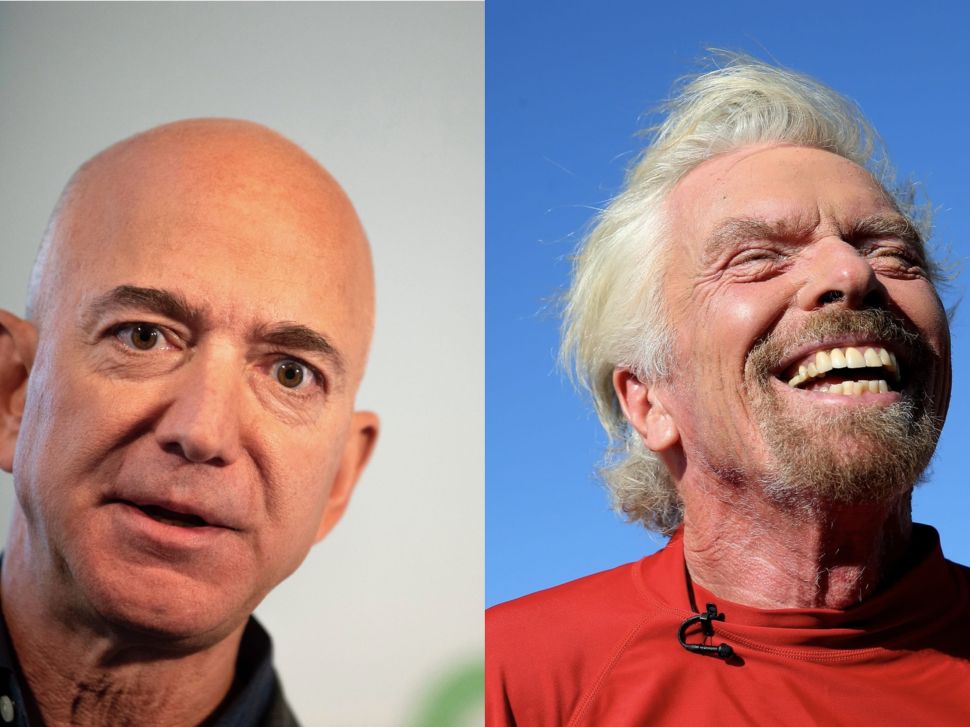