This article originally appeared in FIN, the best newsletter about fintech. Subscribe here.

There are plenty of examples, but few more striking or telling than Coinbase, which went public in April 2021, when the fintech market and the price of Bitcoin were still in fizzy-cork-popping mode. Actually it could be argued that not that much has changed about Coinbase in the ensuing sixteen months except the overall market and the price of Bitcoin. When Bitcoin’s price goes down, fewer people open and use Coinbase accounts, and so Coinbase makes less money. Coinbase stock and Bitcoin’s price track closely until this spring, when Coinbase started tumbling a little harder than Bitcoin:

Coinbase’s overall plunge was entirely predictable; indeed, we predicted it even before Coinbase went public. In a subscriber-only installment on March 1, 2021, we interviewed Jeff John Roberts, a journalist for FORTUNE and Decrypt and author of The Kings of Crypto, an insightful history of Coinbase.

“I think it’s going to be a reality check, because a lot of crypto people like to live in this fantasy world of “we’re beyond the state” and stuff like this. So I think having to file those quarterly reports will change them,” Roberts said.  “When they shit the bed — which they will sooner or later. They’re going to get out to a good start, they’re going to blow the doors off with their first report. But it’s going to be really interesting when another crypto winter comes, and it will; I’ve been trying to think of another company that’s as cyclical. So how is the public market going to react when they see the one basis of revenue fall 70%?”

That question was answered this summer, when crypto winter hit hard. When Coinbase announced earnings on August 9, revenues were down nearly 64%, and the company lost $4.98 a share, almost twice the amount that analysts had estimated. The value of the cryptocurrency that Coinbase holds, at $428 million, is less than half what it was just three months earlier.

That was the predictable part. Less predictable has been how CEO Brian Armstrong and his leadership have behaved as the market waxed and waned. The mass hiring in 2021 as the company grew would come back to haunt it. Coinbase, which dominates the US crypto trading market, also embarked on an ambitious international campaign, promising to “double down on regional investments, adding to our portfolio of platforms such as CoinSwitch Kuber and CoinDCX in India, Bitso in Latin America, and Rain in the Middle East.” And it put a lot of time and resources into a market for nonfungible tokens (NFTs)—including a bizarre Hollywood film project—which was largely rejected by the market.

Then everything came crashing down. On June 14, Armstrong announced 1,110 layoffs—18% of the workforce—acknowledging that “we grew too quickly.” An online petition asking for the resignation of top officials seemed to really get under Armstrong’s skin. In a Twitter storm he taunted the petition writers: “if you have no confidence in the execs or CEO of a company then why are you working at that company? Quit and find a company to work at that you believe in!”

The Securities and Exchange Commission (SEC) piled on in July, in conjunction with an insider trading case involving a former Coinbase employee. According to a SEC civil complaint, at least nine coins traded on the Coinbase platform qualify as securities, even though Coinbase has never registered with the SEC. Since then, Barron’s has reported another SEC investigation into Coinbase’s staking program.

Perhaps most disturbing of all for its shareholders, Coinbase is losing market share. Citing data from CryptoCompare, Bloomberg reported this week that “Coinbase’s market share fell to 6.3% in July from 10.7% in January, as measured by global spot trading volume among the top 15 crypto exchanges.” Not surprisingly FTX, which has been gobbling up crypto companies as they stumble, is picking up the slack, as is Binance, which for all its regulatory headaches remains the world’s largest crypto exchange.

And yet, for all that, Coinbase stock has significantly recovered from its low point this year ($53.72 a share on May 11); on Friday COIN closed at more than $90 a share. Maybe the market thinks that Bitcoin’s modest turnaround since mid-June bodes well for COIN stock, and certainly a recent announcement that BlackRock will use Coinbase to offer its institutional clients access to Bitcoin trading was seen as a stock booster.

But beware: Coinbase’s descent has attracted outsized interest from short sellers. Somewhere around one-fifth of all COIN shares are now sold short. As a result, Barron’s reports that Coinbase stock is “acting like meme stocks.”

Where is this all going? We turned again to Roberts, not for day-to-day stock guidance but for a general sense of where Coinbase is headed. One factor to watch: in May FTX’s Sam Bankman-Fried bought 56 million shares in Robinhood. This is part of a broader effort to scarf up dying crypto assets, as we’ve discussed here. If, as has been suggested, FTX ends up owning Robinhood outright, that could change everything for Coinbase. Says Roberts: “That’s a lot of customer accounts and brings [FTX’s] technical wizardry to it. For customer acquisition costs, it’s a very cheap way to do it and then should they go full out with marketing and their excellent tech, that could be a game-changer for Coinbase.” 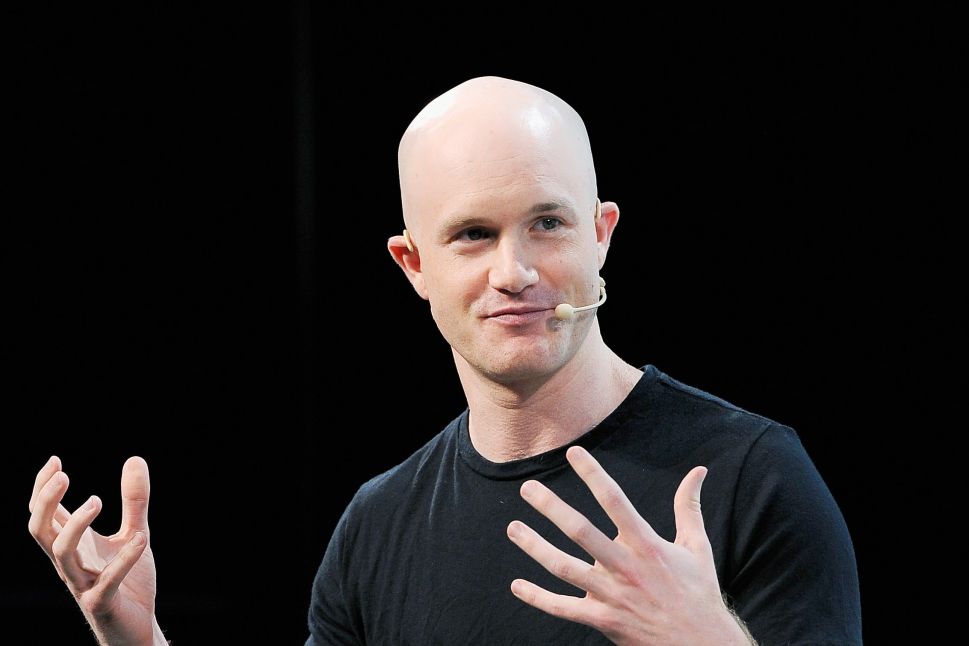