Rivian, an electric truck maker backed by Amazon and Ford, has caused its investors huge losses in 2022 as the company’s stock collapsed amid a brutal market selloff. While Amazon has reaffirmed its confidence in Rivian and called it an “important partner,” Ford has decided to unwind its stake in the startup, a move suggesting the Detroit automaker is shifting focus to own electric pickup, the F-150 Lightning.

Ford unloaded a total of 15 million Rivian shares, worth about $400 million, in two rounds of transactions last week, according to regulatory filings. The sales left Ford with about 87 million shares, or a 9.7 percent stake, in Rivian, down from 11.3 percent in April.

Ford sold its Rivian shares at a terrible time, by any financial measure. Rivian stock has plummeted nearly 75 percent this year to a record low. Some analysts believe Rivian’s share price (and, more broadly, tech stocks) has hit bottom and is primed to rebound soon. Its sharp decline has already attracted major investors, including George Soros, whose fund recently bought 6 million Rivian shares.

But Ford apparently didn’t want to wait, despite having logged a $5 billion loss on its Rivian investment in the first quarter. The company began selling Rivian shares as soon as its IPO lock-up period expired on May 10—a move suggesting the company is increasingly optimistic about its own prospects in the fledgling electric pickup market. A Ford spokesman said the company believes “it’s prudent to monetize” some Rivian shares, but declined to comment about future transactions.

Ford began investing in Rivian in 2019

Ford is an early backer of Rivian, first investing in the company in 2019 as part of a strategic partnership to co-develop an electric truck. That project was later scrapped, and Ford began working on a direct competitor of Rivian’s R1T pickup, the electric F-150 Lightning.

R1T and F-150 Lightning have a similar development timeline and specs. Both vehicles received raved reviews even before reaching the market. Rivian began shipping its first batch of R1T in October 2021, and Ford began the delivery of F-150 Lightning in early May.

Both companies have tens of thousands of pre-orders of their electric pickups to fulfill. Volume production is expected to remain challenging for the foreseeable future,   a result of chip shortages and supply chain woes. Rivian plans to manufacture 25,000 R1Ts in 2022. Although it has made only about 5,000 units year to date, confirmation of the 25,000 target last week helped the company’s shares rebound a little from an all-time low. 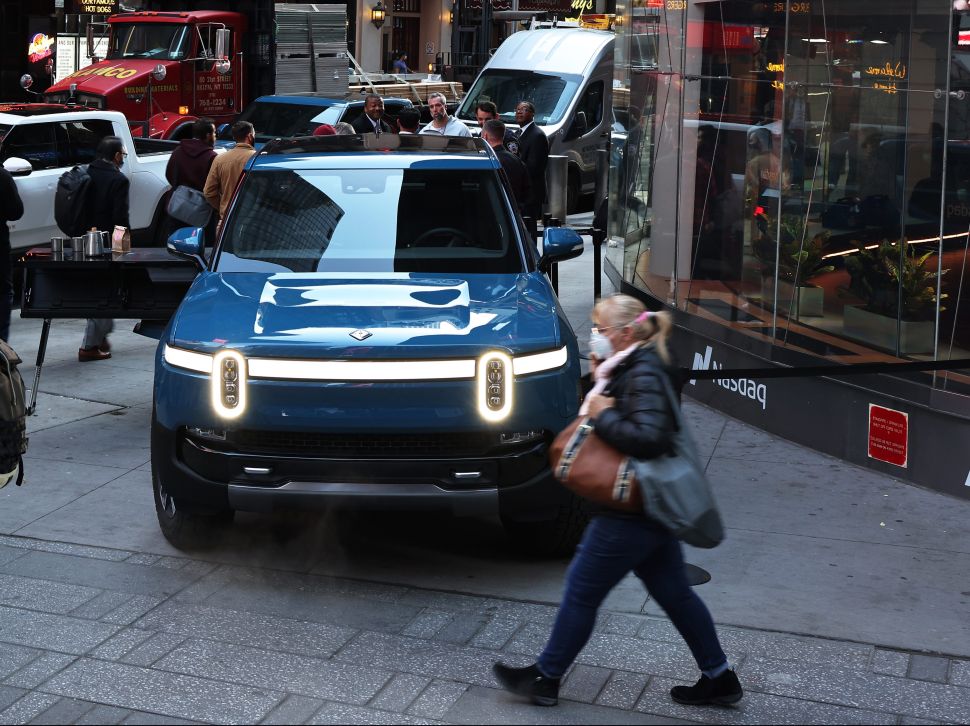