For the past three days, a lynx has been on the loose in Islip, Long Island. It was found this morning (July 29) by Suffolk County police after multiple sightings from local residents.

This isn’t the first time a dangerous cat has been found in New York. Last year, a cougar was removed from a New York City apartment where it was being kept illegally. And in 2020, the number of exotic pet complaints registered with the city’s 311 hotline increased by 77 percent.

The Long Island lynx was captured by Strong Island Animal Rescue, which has since transferred the animal to wildlife preservation organization Sweetbriar Nature Center in Smithtown, New York.

“It was absolutely being kept as a pet,” said Frankie Floridia from Strong Island Animal Rescue. “It was escaped and trying to return home. We’ve turned information over to the authorities of where we thought it came from.”

Other exotic animals are likely being kept illegally in New York

The lynx was most likely being kept illegally unless the owners had a permit, said Floridia, who believes there are likely other illegal exotic pets being kept in the area.

New York state has one of the strictest laws covering exotic pet ownership; a special permit is required. “You don’t get them unless you’re something like the Bronx Zoo. You can’t keep them as a private individual,” said Dr. Luke Hunter, director of the Big Cat Program at the Wildlife Conservation Society. ”

There’s no question this lynx was being kept illegally, according to Hunter, who believes the cat was likely smuggled to Long Island as a kitten from a fur farm, where animals are bred for their fur.

“We see so many cases where people abandon exotic animals or have them in their homes,” said Roy Gross, chief of department at Suffolk County SPCA. The organization created an amnesty program with the New York Department of Environmental Conservation (DEC), where exotic pet owners can surrender their animals without suffering charges.

Gross believes the Long Island lynx likely escaped from its owners. If the owners are caught, he says they will likely face criminal charges in addition to charges from the DEC. 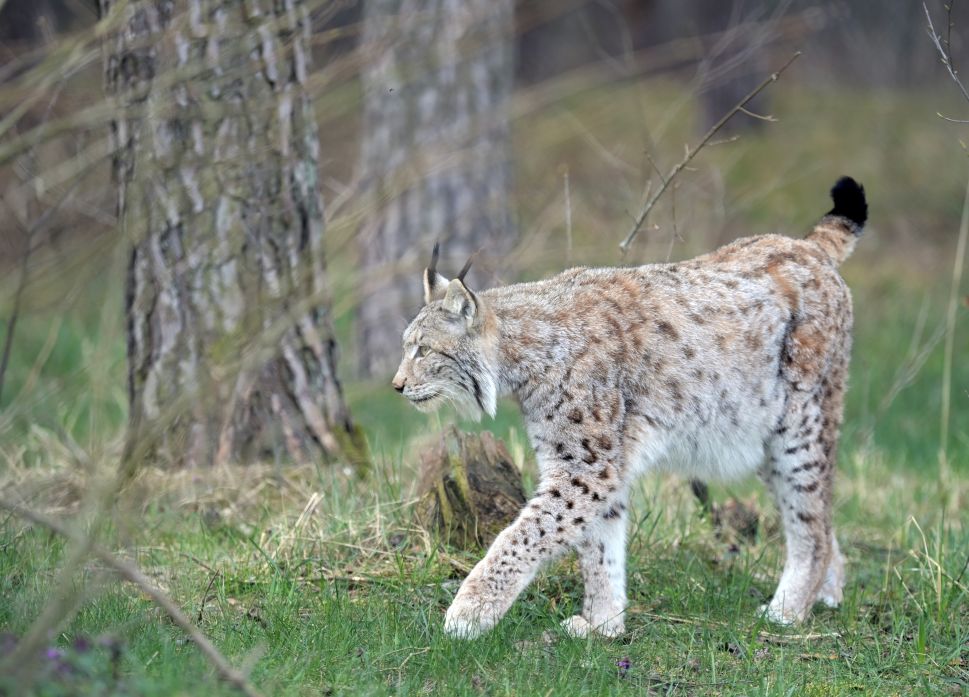