Starbucks has been hit with a lawsuit alleging its line of fruit-based Refresher beverages don’t actually contain the fruit shown in product marketing.

Astoria resident Joan Kominis purchased a Strawberry Acai Lemonade Refresher in late 2021 with the assumption the drink contained acai, according to a suit filed on August 5. However, the complaint alleges the product only contained frozen strawberries and a mixture of “water, grape juice concentrate, and sugar.” Meanwhile, other products in the Refresher line are also absent of marketed fruits like mango and passionfruit, the suit alleges.

The suit claims Kominis wouldn’t have purchased the product at its premium price if she was aware the drink didn’t contain acai and therefore included none of the fruit’s health benefits. A medium Strawberry Acai Lemonade Refresher goes for $5.65 in Manhattan.

“The presence of fruit in the products is central to the product’s identity,” reads the complaint, which argues the inclusion of acai, mango and passionfruit in Refresher product names and advertising created a reasonable expectation they would be found in the beverages. “Starbuck’s hot chocolate contains cocoa, its matcha lattes contain matcha, and its honey mint tea contains honey and mint, just as consumers expect.”

While the suit didn’t specify how much Kominis is seeking, it claims “the amount in controversy” is over $5 million.

This isn’t the first time Starbucks has faced backlash for deceptive marketing. In 2021, the company was sued by a Rhode Island resident regarding its vanilla Frappuccino coffee drink. The plaintiff alleged the product was misleadingly labelled, as it contained ‘natural flavor’ but no vanilla. The suit was later dismissed. 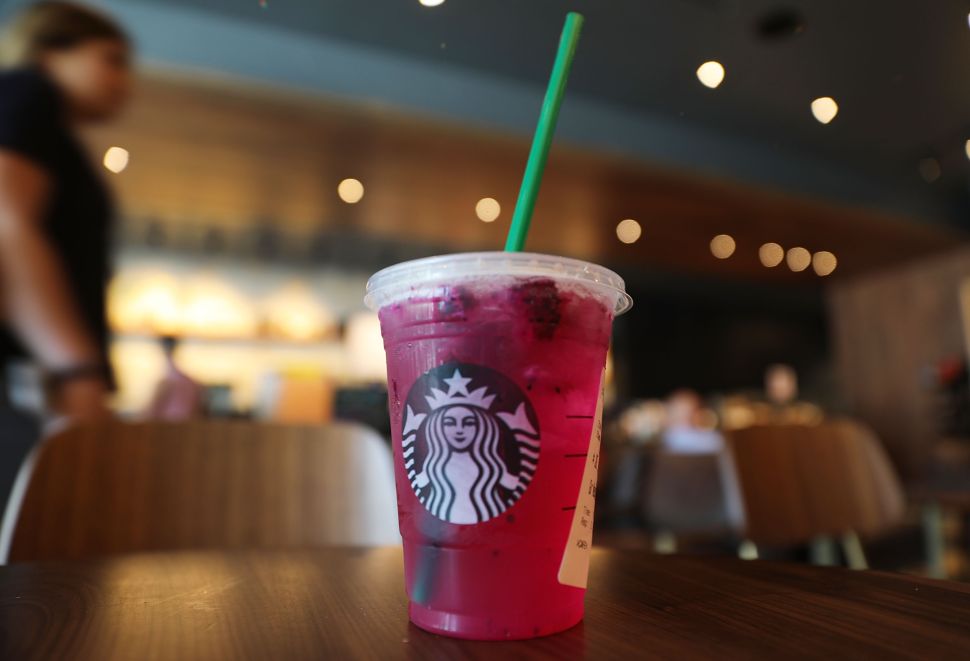