Facebook incited violence against Myanmar’s Rohingya people, leading to a genocide, according to a report released today (Sept. 29) by Amnesty International, a human rights organization. Specifically, the report claims Meta, Facebook’s owner, financially benefited from clickbait, fake news and paid posts that pushed anti-Rohingya narratives, while ignoring the risks of doing so. And “Meta continues to ignore such risks to this day in the relentless pursuit of profit,” the report said.

Amnesty International’s report calls for Meta to pay reparations to the Rohingya, a primarily Muslim group in Buddhist majority Myanmar, in the form of compensation, education and rehabilitation funding, public acknowledgement and changing its advertising and algorithm practices. The idea of social media companies providing reparations to the groups it harms is a relatively new one. No social media company has publicly done this yet and while Meta might have an ethical responsibility to pay reparations, it might not have a legal one.

The company admitted in 2018 its platform was used to incite violence and it wasn’t doing enough to prevent it from happening, but hasn’t accepted responsibility for the genocide. “Meta stands in solidarity with the international community and supports efforts to hold the Tatmadaw (Myanmar’s armed forces) accountable for its crimes against the Rohingya people,” said Rafael Frankel, Meta’s director of public policy for emerging markets, in an emailed statement.

However, Meta last year denied funding a request from Rohingya refugee groups asking for $1 million towards education in the refugee camps. In a letter denying the funding request posted by the refugee groups, Miranda Sissons, Facebook’s human rights director, said the company doesn’t engage in philanthropy but could discuss other programs Meta could support.

According to the report, Meta violated the United Nations’ Guiding Principles of Business Human Rights, which the company says it abides by. The guidelines say when a company causes harm, it must provide remedy, which includes taking steps to make sure it doesn’t happen again. The standards are widely-accepted but not legally binding.

There is no U.S. legal statute saying social media companies must address harmful content, said Charles Mudd, a Chicago-based lawyer who has specialized in internet law for more than 20 years. But a company cannot negligently cause harm either. “It’s like sending a product out and finding out it’s a choking hazard,” he said. “You have to recall it.”

Separately, members of the Rohingya people are suing Meta. A class action lawsuit was filed in California by an anonymous Jane Doe on behalf of the Rohingya in 2021. Doe is seeking $150 billion for negligence and strict product liability, or the responsibility for injuries due to a defective product.

“The issue of the Rohingya being targeted on Facebook was well known inside the company for years,” said Frances Haugen, a former Facebook employee turned whistleblower, in the lawsuit.

The negligence case against Meta

Mudd sees a valid negligence case against Meta. The company’s primary defense would typically be Section 230 of the Communications Decency Act, which holds social media platforms are not responsible for the content posted within their forums. But the lawsuit notes Section 230 might conflict with Myanmar’s laws, and if the court found this to be the case, Myanmar’s laws would apply.

Social media companies have an obligation to the communities they harm, Mudd said. “It’s the wrong business model to pretend [the harm] doesn’t exist and much worse to publicly deny it,” he said.

While the Amnesty International report specifically calls on Meta, the company shares similar advertising models and algorithms with other social media companies. And until they all fix the problem, “we are going to see more cases and calls for reparations,” said Joe Westby, deputy director at Amnesty Tech, a section of Amnesty International.

“It is a global problem related to Facebook’s business model of keeping people on the platform over protecting human rights,” he said.

In 2017, more than 700,000 Rohingya people were displaced, and at least 6,700 were killed. Some reports estimate that number to be closer to 25,000, with tens of thousands more experiencing violence. There are only about 200,000 Rohingya people left in Myanmar and 2.4 million in the world. 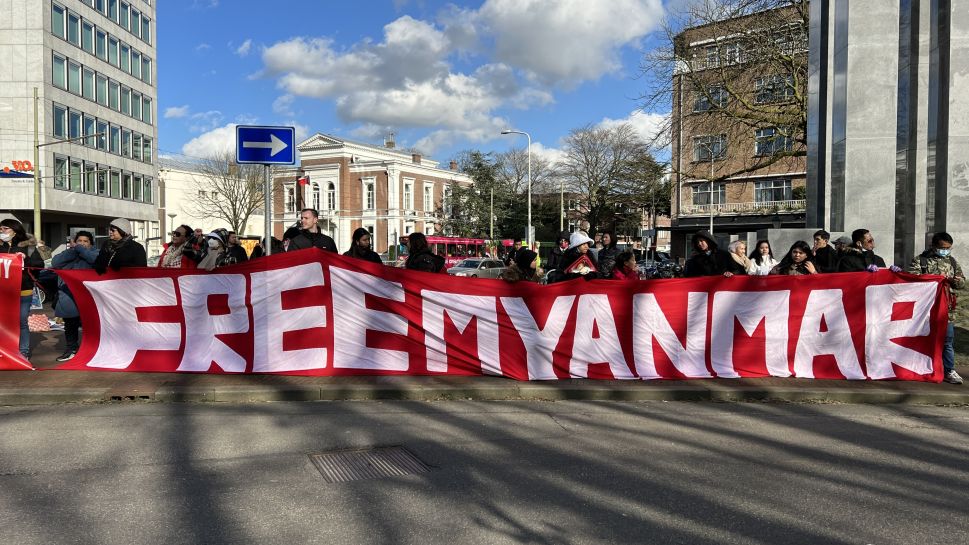