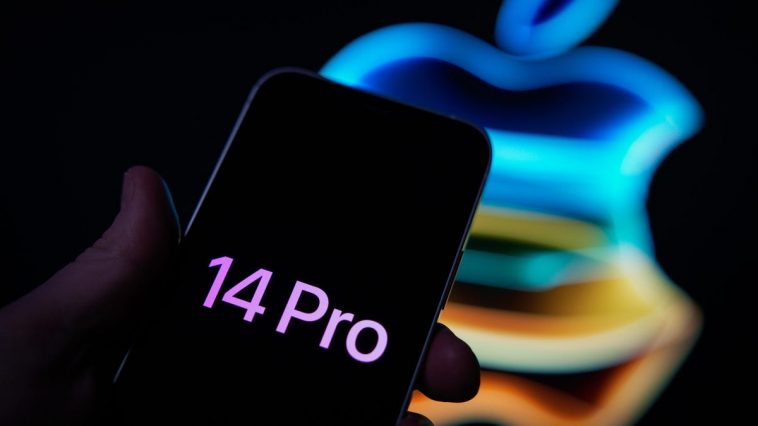 Like all Apple hardware, iPhones are expensive, but this high cost comes with the reassurance of knowing they will hold their value. Or it did, because a new report reveals iPhone 14 buyers are in for a shock.

Popular used phone retailer SellCell, has published a detailed depreciation report comparing iPhone 13 and iPhone 14 models and found that Apple’s new handset loses value twice as fast as its predecessor. But it isn’t bad news for all new models.

Breaking down the data, SellCell found that iPhone 14 models lose 40% of their value within 10 days. This compares to an average of just 18% for the iPhone 13. In contrast, iPhone 14 Pro and Pro Max models perform in line with, if not slightly better than, their predecessors, losing approximately 20% of their value.

So what is hitting iPhone 14 prices so hard? SellCell cites the cost of living crisis, which is understandable, given buyers of cheaper models typically have less money to spend. But the other major factor is how modest an upgrade the entry-level iPhone 14 is.

“Consumers’ perceived lack of innovation within the iPhone 14 base range has led to poor take-up of the device, post physical release,” explains the report. “This means demand is low on the resale market, too, so the value of the base range has dropped significantly.”

This aligns with market data from supply chain specialist Ross Young, who reports iPhone 14 sales are down 38% compared to the iPhone 13, while iPhone 14 Pro Max sales are up 18% versus the iPhone 13 Pro Max.

Explaining its methodology, SellCell said it analysed trade-in values of the iPhone 14 series of handsets, with value data for “Like New” handsets taken from over 40 trusted buyback vendors, 10 days following Apple’s physical release of the iPhone 14 on September 16, 2022. It then compared like-for-like data for the iPhone 13 lineup.

In reality, the iPhone 14 is a victim of Apple’s determination to widen the gap between Pro and non-Pro models. This meant not just giving Pro models superior specs but holding the iPhone 14 and iPhone 14 Plus back by reusing a lot of iPhone 13 hardware. The one upside is repairability is much improved, which surprisingly does not extend to Pro models.

Ultimately, however, if second-hand values matter to you, the message for iPhone 14 buyers is Go Pro or Say No. iPhone 15 leaks have already revealed far more ambitious smartphones, so those who wait look set to be rewarded.