With some 11 million jobs available and just six million Americans seeking employment, companies are becoming more creative—and generous—as they compete for workers who are very aware their value has appreciated significantly.

From big bonuses to remote work options, to infertility coverage to pet insurance, companies across the nation are sweetening their offers to try to get to full staffing.

“They’ve increased significantly, seven- to eight-fold over last year,” Buber said. “We just conducted a survey asking over 2,000 people who got a job in the last six months if they got a signing bonus,” Buber said. “More than 21 percent—that’s one in five—said they did. In 2000, just 2 to 4 percent said they did.”

The numbers are even higher among people signing on for their first job, Buber said. “One in three of them got a signing bonus,” she added. “They probably think this is the norm. But signing bonuses used to be for industry rock stars, when companies were trying to get the best talent.”

Because companies would prefer to raise wages to offering more benefits, salaries have been on the rise, too. But in most cases it’s not enough to keep up with inflation, Buber said. “Private sector workers wages have gone up 5 percent, which is the fastest wage growth we’ve seen since 2001,” she added.

There is no region without a labor shortage

As for every other industry,  the labor shortages are severe across the board and in all regions, Buber said. “This is the first time that there are more job openings than the number of people looking for work in every single state,” she added. “There is no region, or industry or job market where there is not a labor shortage.”

The only demographic still struggling to find work is older people, Buber said, citing the findings of job seeker surveys. “In the older population, the number one problem is that employers say they are too old or too qualified.”

A recent small business survey by the National Federation of Independent Businesses found many companies were getting few or no qualified people applying for jobs.

“It’s definitely a nightmare for small businesses that are trying to hire employees so they can keep up with consumer demand,” Buber said. “It’s a golden age for job seekers.”

Increasingly, businesses are offering jobs that can be performed remotely. “We’re seeing almost six times more jobs offering flexible hours and remote work compared to the time before the pandemic.”

And that’s probably related to companies doing away with the work-from-home option.

“We were expecting quit rates to slow down,” Buber said. “That’s not happening. One reason is employers started calling workers back to their offices. People realize that compared to three years ago, they are spending less on gas and are working more efficiently at home. They want to keep that arrangement and they know there are jobs out there and it’s not going to take long to switch to a new job.”

Vacation time has always been a bargaining chip for white collar workers, but now companies are offering paid time off to hourly employees, Buber said.

Among the less traditional benefits being offered to prospective employees are infertility assistance, new baby benefits, paid sabbaticals, mental health and wellness benefits, birthdays off, and even pet insurance.

It’s not likely that this new golden age is going to end soon, Buber said.

“As the labor market remains tight, employers will pull out all the stops to attract and retain talent,” she added. “In addition to higher salaries and expanded retirement and health benefits, more niche and novel work perks are, and will be, on the rise.” 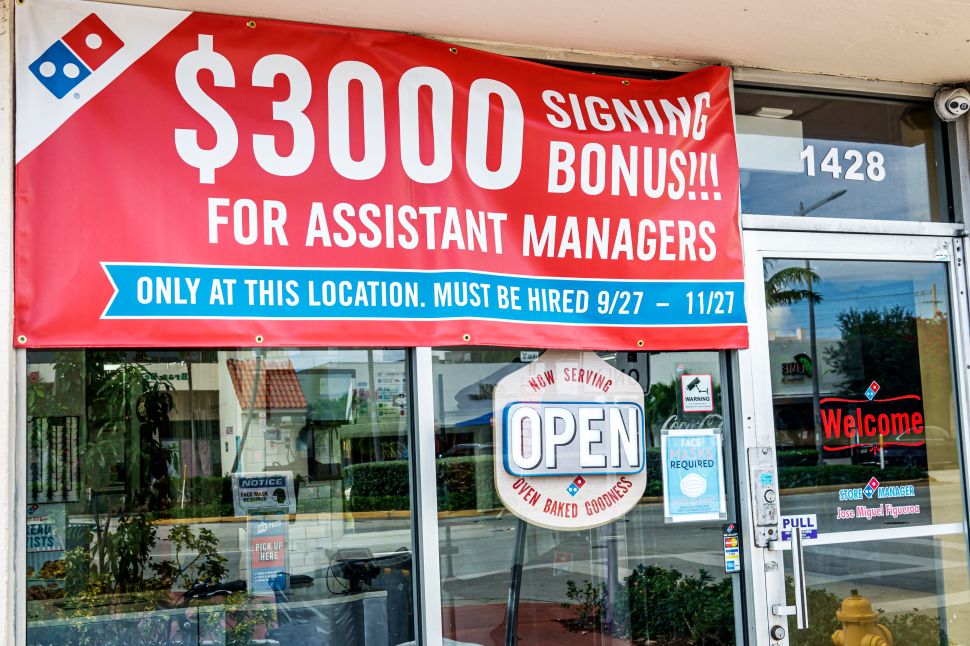