With Labor Day over, a number of U.S. employers set hard deadlines for workers to come back into the office at least a few days a week. But even as companies—Apple, Peloton, and Comcast, are among them, as are many Wall Street banks—push a return to pre-pandemic normalcy, the global shift toward more remote work is undeniable.

Full-time employees around the world worked 1.5 days from home per week on average as of early 2022, according to a new paper from the Global Survey of Working Arrangements that will be presented at the Brookings Institution’s Economic Studies conference this week. The data draws upon two surveys of full-time workers aged 20 to 59 in 27 countries. Employees were surveyed in July and early August 2021, and later in January and early February 2022.

Though higher levels of working from home are likely linked in part to a record spike in Covid cases that occurred in January, the research suggests the “mass social experiment” in working from home triggered by Covid has permanently shifted the way workers and business leaders think about remote work. Employees have realized their productivity doesn’t suffer, for the most part, while employers are gradually allowing workers to spend more time at home.

Work-from-home was most prominent in Canada, India, Singapore

Indian survey respondents worked from home the most days on average compared to other countries, followed by Singapore and Canada.

The researchers note that countries with strict lockdown measures tend to have higher rates of working from home, which helps explain some of these trends. Both India and Canada had higher levels of lockdown stringency than most other countries surveyed, according to an index developed using Oxford data. Singapore instituted a 60-day lockdown after this survey was taken, but has also embraced the idea of hybrid work beyond the pandemic. In April the government encouraged employers to promote flexible working arrangements as “a permanent feature of the workplace.”

The countries with the lowest levels of working from home also had lower levels of lockdown stringency, though there are likely cultural factors driving these trends as well. Taiwan, for example, is said to have a strong culture of “presenteeism” in the workplace. When the island was on high-alert for rising Covid cases last May, some companies were slow to develop flexible working arrangements, and employees reported struggling to earn the trust of their managers while working from home.

Americans worked from home 1.6 days a week on average, on par with the global average of 1.5 days a week.

Most employees were positively surprised by their productivity levels working from home during the pandemic, and want to maintain some level of flexibility even as the pandemic subsides, the survey finds. A quarter of respondents who are currently able to work from home said they will quit or look for a new job if their employer requires them to come back into the office five days a week, and employees said they would sacrifice a five percent pay raise, on average, for the opportunity to work from home two to three days a week.

There is a gap between the flexibility workers want and what their managers will allow. While employers plan to have employees work-from-home 0.7 days a week on average post-Covid, according to the survey, workers around the world would like to be home 1.7 days on average. This gap is narrowing, though, the researchers note. In the U.S., the average number of days employers plan to let employees work from home grew from 1.05 days a week in July 2020 to 1.6 days this July. Most countries covered by the global survey saw upward revisions in employers’ work-from-home plans over time.

This suggests “employers are gradually warming to the practice of letting employees work remotely one or two days per week in many jobs and most or all of the time in some jobs,” the researchers write. 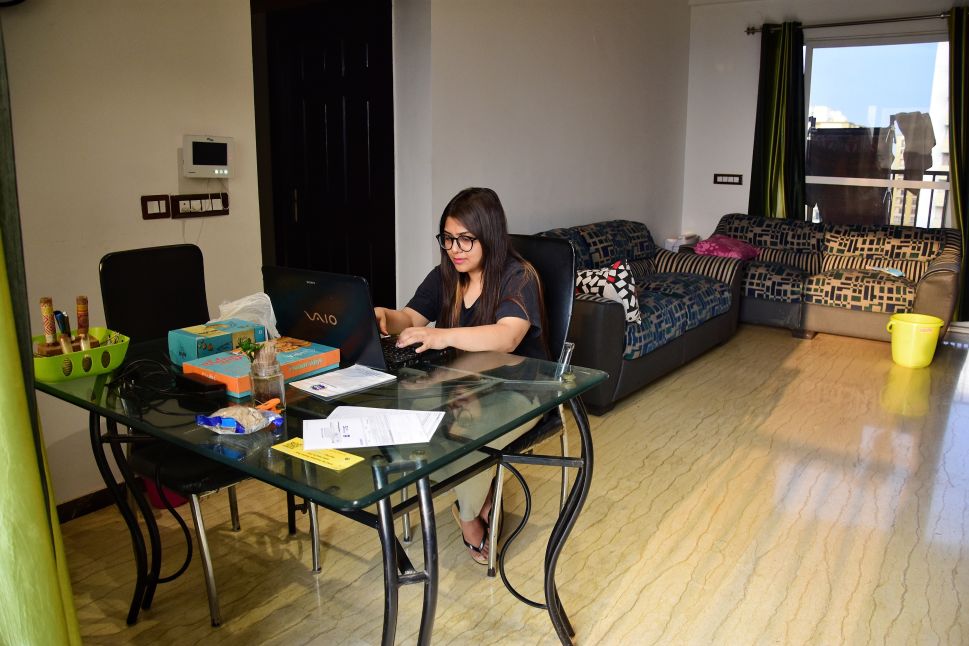