With summer coming to a close, white-collar workers are gradually making their way back into a physical office, at least part of the time. Americans spent 30 percent of their paid work days at home  in July, down from 51 percent during the same period two years ago. Most employees who are able to work from home were going into the office at least part of the week, and the average number of days they expected to go into an office each week had risen to 2.4, up from just under two last year.

But the workspaces employees are returning to may look very different from the cubicles they left in March 2020. More employers are realizing “hybrid is going to be the way of the future,” says Gerald Kane, a professor of management information systems at the University of Georgia. “So now it’s about rethinking what that office looks like.” For some companies that means downsizing or ditching the office altogether, while others have invested in office features that allow for more flexibility.

Workers no longer “live” in the office

For years, companies lured workers into spending much of their time in the office with perks such as free food, ping pong, massages, and on-site dry cleaning. But many firms are starting to cut back on these perks as workers spend less time in the office. For hybrid companies, the office has become “a place where people gather, not a place where they live,” says Melissa Swift, who advises workplace leaders on managing change at consulting firm Mercer, by email. “It’s a hub for collaborative or regimented activity.”

At Google’s new campus in Bay View, California, which opened in May, teams work in office spaces on the upper level while colleagues can collaborate in a more open area below. The design is meant to separate “focus and collaborative areas while still providing easy access to both,” the company said. Teams can rearrange the furniture and walls of their spaces from one week to the next to best accommodate the projects they’re working on. Google, which requires most employees to come in three days a week, is also designing “team pods” for all of its offices with chairs, desks, whiteboards, and storage units that can be easily set up and taken down.

Though not all companies have design budgets as hefty as Google’s, flexibility seems to be an important feature for any company with a hybrid work setup. Many big firms are foregoing assigned cubicles, according to a survey by furniture and technology company Steelcase, which found 89 percent of U.S. organizations with 10,000 or more employees are switching to more unassigned workstations.

This might mean firms turn to desk booking software to better manage traffic flows in the office. Others may look to invest in furniture designed specifically with flexibility in mind. Steelcase, for example, now sells hybrid-focused products “to support both focus work and collaboration,” including personal workspaces that can be adjusted to provide varying degrees of privacy, and walls that can be reconfigured or relocated.

While such arrangements are practical for hybrid work, they may not sit well with all workers. A survey by Morning Consult found just 17 percent of employed U.S. adults would prefer so-called hot desking, without a workspace to call their own, compared to 68 percent who preferred an assigned desk. The CEO of Danish furniture manufacturer Carl Hansen & Søns,  Erik Hansen, lamented more impersonal office set-ups in an interview with Quartz last June. “It’s part of our culture that you have a chair, a table, and an area where you can develop your work,” he said. “When that disappears, I wonder if your loyalty to the company might disappear too.”

Putting remote workers on an even playing field

Another consideration for hybrid companies is improving collaboration when some employees are in the office, and others are working from home. “Companies are starting to wrestle, mightily, with the hybrid tech challenge—making it seamless to transition technologically between home and office, which is no small feat,” says Mercer’s Swift.

Microsoft has tackled this issue by designing prototypes for its Teams video-conferencing software that features remote participants on a larger screen, positioned at eye-level with in-person participants.

“The risk of hybrid meetings is that in-person attendees become anonymous faces in a room, while remote attendees are left speaking into a void, not knowing if they are seen or heard, or how to jump in and take a turn,” said Jaime Teevan, chief scientist at Microsoft, on its website. The company said its new approach to Teams may help “emulate a more lifelike experience in the room.”

Zoom has experimented with similar approaches, developing a smart gallery feature to show individual video feeds of meeting participants gathered in the same room, so remote workers have a more clear view of who is participating from the office. As it happens, very few Zoom employees work regularly from the company’s San Jose headquarters, which no longer has cubicles and now functions more like an event space.

No matter how companies approach the hybrid workplace, Kane says business leaders will have to consider how to make the office somewhere worth going, given workers can always look into remote opportunities elsewhere.

“Employees are happy to go to the office, and actually want to go to the office, when there is the opportunity to be productive, and be together,” Kane says. The challenge for businesses in the coming months will be coming up with solutions that still allow employees a wide degree of flexibility, particularly since surveys show it’s a top concern for workers.

Furniture maker Steelcase’s director of global research communications Chris Congdon emphasized the stakes for employers back in February. “It’s not enough to simply re-open the office doors and offer a hybrid work policy,” he said. “Today’s office needs to earn the commute of employees.” 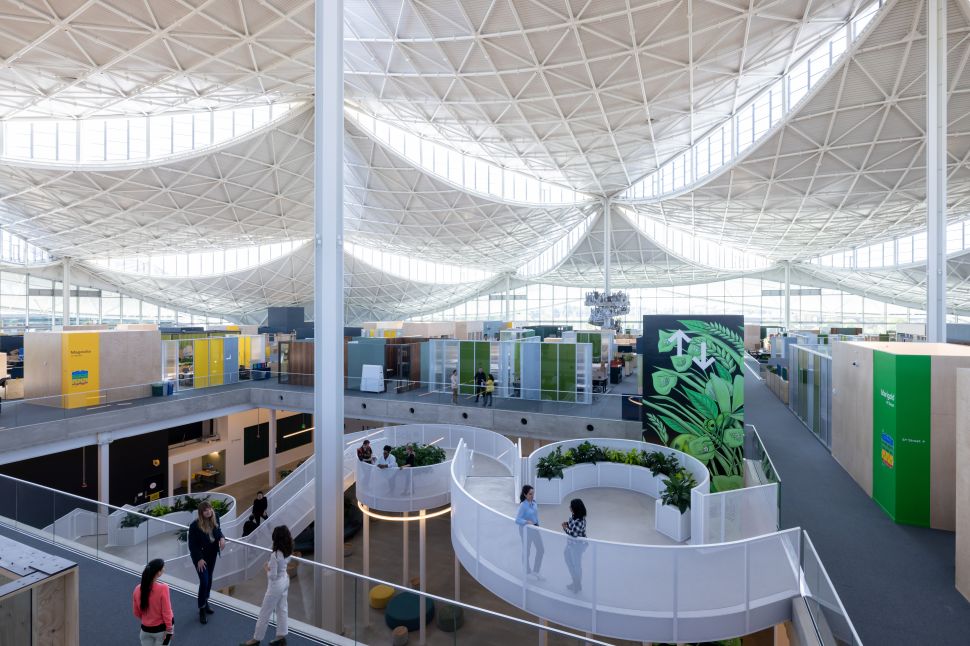