This article is syndicated from the Substack newsletter Big Technology; subscribe for free here.

The market is absolutely murdering tech stocks this year. Alphabet, Amazon, Apple, Meta, and Microsoft are down 19%, 31%, 13%, 38%, and 17% respectively. All are underperforming the S&P 500, and they’re among the fortunate. Netflix has dropped 65% in 2022, Shopify is down 70%, and Lyft lost nearly a third of its value just on Wednesday.

Tech is underperforming the market as a series of daunting challenges hit at once, including the flipping of some factors that once disproportionately favored the sector. The fed’s rate hikes are deprioritizing future growth, Russia’s war in Ukraine is hurting demand, inflation is tightening wallets, lockdowns in China are slowing the recovery, the supply chain remains broken, and some competitive moves — like Apple’s anti-tracking changes in iOS — are turning creative destruction into outright destruction.

“This sell-off magnitude [is] irrational,’ said tech analyst Dan Ives this week. But much of the buy-up was as well. And so, the flight from tech stocks isn’t likely to ebb anytime soon, creating the potential for further upheaval, takeovers, and bankruptcies.

The Fed’s zero interest rate policy drove much of the tech sector’s growth, and its rollback is causing much of the disruption. When interest rates were effectively zero, investors sought risky bets with far away returns since cash would essentially return nothing. This led to irrational wagers on concept companies like Rivian. But it also bolstered the share prices of platform companies — especially the tech giants — that could return significant money down the road. Tech valuations subsequently boomed and Big Tech alone made up nearly 25% of the S&P 500 in 2021.

Then, as the Fed signaled it would raise interest rates, the promise of returns on cash reemerged. Opportunity cost suddenly mattered, and so did profits. When the Fed did raise rates on Wednesday — and signaled more were on the way — investors fled tech stocks. The tech-heavy NASDAQ dropped 5% Thursday while the Dow lost ‘only’ 3%. “Investor sentiment in Silicon Valley is the most negative since the dot-com crash,” VC David Sacks said as the Fed announcements came through.

In a tough investment environment for growth-oriented tech firms, the war in Ukraine added another hit. The war has led to economic uncertainty — in Europe and across the globe — as companies cease doing business in Russia and supply shortages emerge. This is a significant issue for global tech companies. Snap Inc., for instance, said it was on track to beat analysts’ first-quarter estimates until the war began. Meta expressed similar concerns. Netflix stopped doing business in Russia in February, lost around 1 million subscribers, and posted its first quarterly subscriber loss. The market promptly punished Netflix’s stock, and it’s fallen since.

Then there’s inflation, which reached 8.5% in April, causing people to start planning on cutting back on spending. The planned pullback might show up for luxury purchases like Netflix — which expects to lose an additional 2 million subscribers next quarter — and will likely hurt fintech companies, especially those that serve online businesses. Shopify, for instance, missed Wall Street’s revenue estimates in its first-quarter earnings, prompting investors to dump the stock. Inflation, Shopify said, would hurt its operating margins this year.

Will tech stocks bounce back?

The tech sector would be unsettled enough with a major war, rising interest rates, and inflation, but it’s also still dealing with Covid uncertainty, the end of stimulus payments, a testy supply chain, and the sledgehammer Apple took to online advertising. The result is carnage. “No one’s ever seen this before,” tech analyst Rich Greenfield said on this week’s Big Technology Podcast. “The companies are having a lot of trouble forecasting and understanding where their business is.”

As tech stocks tumble, action will result. Though the biggest companies should be broadly okay, we could see employee exits due to falling stock-based compensation, more hiring freezes, and more takeovers, similar to the one we’re seeing with Twitter (which was vulnerable due to its historic financial underperformance). Tech could bounce back, and it should, but there are so many forces working against it that the only safe bet right now is more tumult. 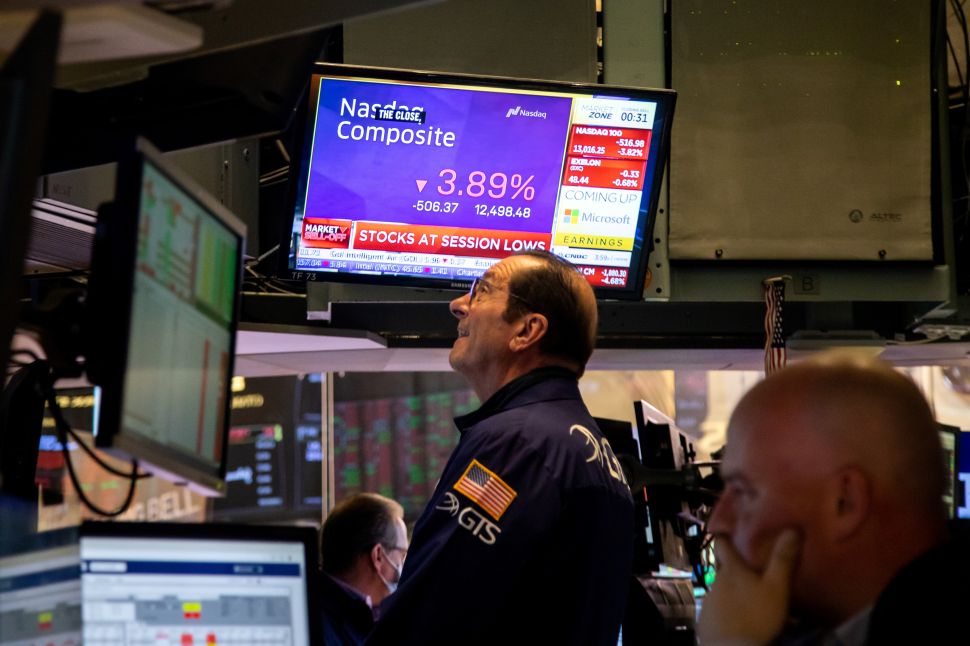