With almost 90 billion neurons in our brains, it’s no wonder we’re still piecing together much about how these various types of cells do their work. A team of neuroscientists has now identified another neuron flavor in mice, and its place in the complex circuitry of mammalian brains.

These cells are located in the hippocampus – part of the brain heavily involved in learning and memory. The researchers have named this type of neuron Theta-Off Ripple-On (TORO) after its activity pattern.

These sharp wave ripples are created in the hippocampus and are thought to be how our brain conveys a major event in episodic memory – like your first kiss, for example. They appear as high-frequency electrical spikes of brainwaves in electrographic recordings, as seen below. 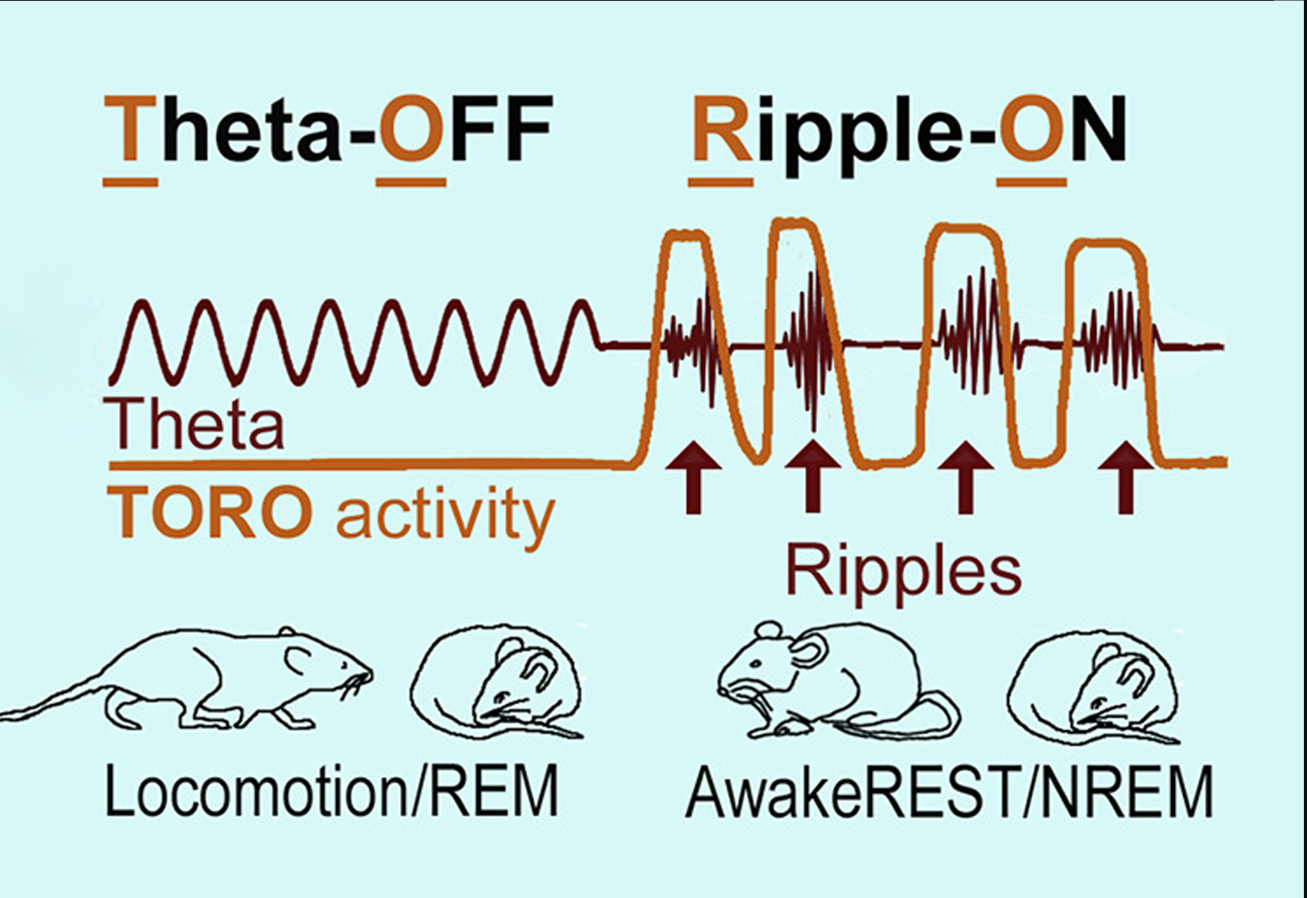 TORO activity appears to synchronize along with these types of spikes.

TOROs “are inhibited by inputs coming from other brain areas,” says Capogna, explaining they themselves in turn are “inhibitory neurons that release the neurotransmitter GABA.”

GABA (gamma-aminobutyric acid) is known for producing a calming effect as it slows down brain activity with its inhibitory function. Most GABA-releasing cells do so when the brain is generating theta waves from lots of brain activity, such as that produced when we’re moving. In contrast, TOROs are most actively releasing this chemical during resting states.

“We have found that this new type of neuron is maximally active during sharp wave ripples when the animal is awake – but quiet – or deeply asleep,” Capogna explains. “In contrast, the neuron is not active at all when there is a slow, synchronized neuronal population activity called ‘theta’ that can occur when an animal is awake and moves or in a particular type of sleep when we usually dream.”

What’s more, TOROs don’t just act locally. They “send their output locally – as most GABAergic neurons do – within the hippocampus, but also project and inhibit other brain areas outside the hippocampus, such as the septum and the cortex.”

It’s like they’re sending a signal to the rest of the brain to let it know what’s happening in the hippocampus.

While brain studies in mice don’t always translate directly to humans, a whole new type of neuron with such a big regulatory role is likely to have been conserved across species.

But more research will be needed to understand its role in our own brains and how it might contribute to memory diseases like Alzheimer’s.

Taken together though, these findings suggest TORO cells play a large role in memory processing and may specifically be regulating episodic memory.

This research was published in Neuron.