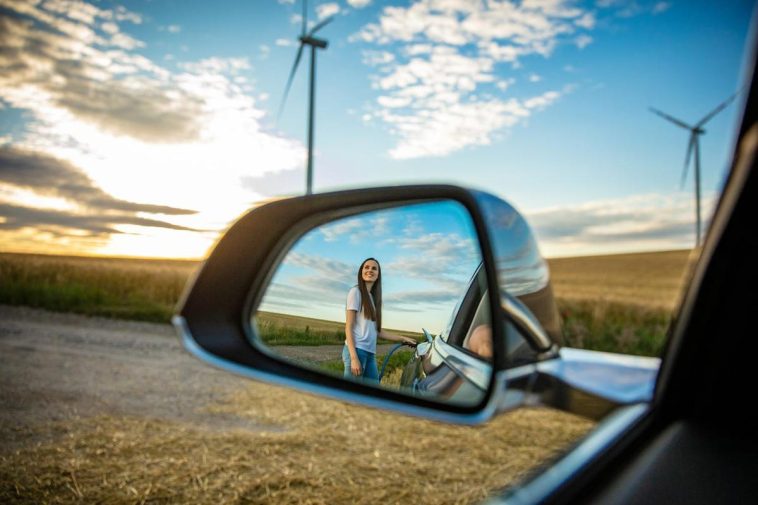 Now that COP26 is almost upon us, there is a lot of visibility for climate change-related stories in the mainstream UK news. But thanks to the many vested interests in the energy sector, there is also a lot of misinformation flying around, particularly on social media. One of the most frequent myths you will encounter is that conventional fossil fuel-powered cars and their hybrid siblings are really less-CO2-emitting than EVs, because of the emissions from electricity generation. In this article, I’m going to explode that myth and show that another green contender, hydrogen, isn’t such a zero CO2 option as it claims either.

I’m talking here about the emissions of individual vehicles. There are other factors from manufacturing, which I will address later. But let’s start at the tailpipe, beginning with a regular internal combustion vehicle. A Volkswagen Golf 1.0 TSI is a frugal car, officially emitting 124g/km of CO2. However, we should also consider the CO2 generated by producing the fuel used by this car. This lengthy process varies in emissions depending on where the oil is produced, starting with getting oil to the refinery, refining it, and transporting it to the pump. The average figure for emissions from fuel production was calculated to be 30% extra on top of tailpipe emissions for petrol/gasoline and 24% for diesel by Auke Hoekstra, a senior advisor in smart mobility at Eindhoven University of Technology. In other words, the “well to wheel” emissions for the Golf are 162g/km of CO2. Not terrible, but a considerable bump on the published figure.

Next, let’s do a similar calculation for a battery-electric vehicle (BEV). I’m going to choose the Volkswagen ID.3 with the Pro Performance powertrain (58kWh battery and 204PS motor), because it’s a similarly sized vehicle to the Golf and is essentially the latter’s BEV replacement. The ID.3 Pro Performance has a top WLTP energy consumption rating of 250Wh/mile, or 156Wh/km. Obviously, the vehicle itself emits no CO2, but the electricity used to charge the battery does. On average, a kWh of electricity in the UK produced 233g of CO2e in 2019 during generation. This varies a lot worldwide. The US national grid produced 417g per kWh in 2019, and in China the figure was over 600g per kWh. Australia, with one of the world’s worst polluting national grids, generated 656.4g of CO2 per kWh. Taking these figures into account, this would mean the ID.3’s electricity would have produced 36g/km of CO2 in the UK, up to 103g/km in Australia. So even with one of the most polluting national grids, BEVs really are greener “well to wheel” than fossil fuel.

What about a hybrid? Some companies are touting these as the green option for those not ready to switch to BEVs. Certainly, cars like the Toyota Prius have done a hugely commendable job shaving some of the emissions off fossil fuel vehicle usage. The latest non-AWD Toyota Prius emits a frugal 94g/km. But the “well-to-wheel” emissions will be 30% more, taking into account the fuel production pollution, so that would make 122g/km. That is still higher than the “well to wheel” emissions of a BEV, even if it was charged in Australia, and over three times higher if the BEV was charged in the UK.

Toyota has also made bold claims about the zero emissions from its hydrogen fuel cell Mirai. Like a BEV, the Mirai’s tailpipe emits no CO2, because the hydrogen fuel cell merely produces water as a byproduct when its hydrogen fuel is combined with oxygen from the air to produce electricity. But the hydrogen will have generated CO2 during its production. Currently, most hydrogen is “grey”, meaning it was made from methane, which produces about 9.3kg of CO2 per kg of hydrogen. The 2020 Mirai recently managed 1,003 km on a tank of hydrogen, but the official range is 400 miles (640km). The hydrogen tanks have a 5.6kg capacity, so the Mirai officially delivers 71 miles (114km) per kg of hydrogen. With grey hydrogen, this equates to a CO2 emission rate of 82g/km. That is better than Volkswagen ID.3 charged in Australia, but worse than one charged in the USA and much worse than one charged in the UK. Yet again, “well to wheel”, the BEV is greener.

There is much talk about the application of carbon capture to the production of hydrogen from fossil fuel, to make “blue” hydrogen. But if you look at how much carbon capture has been performed successfully compared to fossil fuel emissions, this currently looks like a pipe dream (pun intended). Of course, the hope of hydrogen (and also why it has been dubbed “hopium”) is that it will eventually be “green”, ie produced from renewably generated electricity via electrolyzing water. A typical electrolysis system uses 48kWh to produce 1kg of hydrogen.

However, we don’t have a renewable grid yet. Assuming you are using electricity from the same grid as you would use to charge a BEV, that means 11.2kg of CO2 would be produced in the UK, and in Australia nearly 32kg. Incredibly, this is more than when producing hydrogen from fossil fuels – and over three times as much in Australia. Even with the relatively green UK grid, “well to wheel” the fuel-cell Mirai is generating 98g/km, 2.7 times as much as the BEV, and more than the official figures for a Toyota Prius. With hydrogen generated from electricity in Australia, a green hydrogen Mirai would be producing 275g/km of CO2, 71% more than our Golf fossil fuel car above.

As greater use of renewables and nuclear power reduce the CO2 emissions from grids, the much lower efficiency of hydrogen power compared to BEVs will become less significant. But how long will that take? The IEA only predicts 61% renewable energy by 2030, and 88% by 2050. Only 100% renewables will negate the extra emissions caused by just how inefficient green hydrogen is. Until then hydrogen fuel cell cars will always be much more polluting “well to wheel” than BEVs when supplied by the same electricity grid mix.

As I mentioned at the beginning of this article, there are other significant factors in emissions beyond how much CO2 comes out a tailpipe – if a vehicle even has one. This isn’t just from how the fuel used is initially generated. The whole supply chain needs to be considered, which is a long and complicated process to factor into a total picture. Polestar and Volvo have been open about this aspect of their vehicles, and BMW is also commendably making the supply chain a focus of its environmental plans. Although BEVs do create more CO2 in production than fossil fuel cars, mostly because of the battery, the evidence is that already over a vehicle’s lifetime they produce less, because their “well to wheel” emissions are so much lower. As electricity grids get cleaner, the gap will widen, and no other vehicle type – including hybrids and hydrogen – can deliver the same level of CO2 reduction.